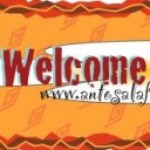 In an abandoned house on a rocky escarpment perched high above Tripoli’s coastline, a lone teenage fighter sat in his pickup, armed with a pair of Kalashnikov rifles.

Abdullah Ghurah, 19, came from the city of Zintan, high in Libya’s western mountains. Like many young men who belonged to the brigades of revolutionary fighters that stormed Tripoli in August, he is still here with his band of militiamen.

Libya’s civil war is over, but the country is full of men such as Ghurah, members of independent militias who have not been reintegrated into normal life or absorbed into the new national army.

Throughout the capital, there are checkpoints manned by brigades of fighters who use trucks mounted with anti-aircraft guns and other heavy weapons even though the city was liberated from government forces in August.

Libya’s new leaders say it will be difficult asserting authority over these brigades, some of which worry that the revolution can be reversed, and persuading them to disband.

“Those who want to … can join the national army and will be given proper training,” said Abdelrahman Busin, the military spokesman for the National Transitional Council. He acknowledged that there was an unwillingness among some fighters to put aside their weapons.

“A lot of people are concerned about the revolution being stolen from them, and until the government can prove that they are working in their best interests, they won’t lay down their arms,” he said.

That leaves many others without jobs.

Many of the militias are groups of civilians who took up arms and organized themselves locally – naming their brigades after the towns or regions they come from. These bands of independent fighters greatly outnumber the units from Moammar Gadhafi’s army that defected and joined the revolutionaries.

For many, disbanding would mean conceding some of the status they won on the battlefield and handing over control to the politicians running Libya, an unelected council of technocrats.

Fighters from the western city of Misrata, where some of the bloodiest battles of the civil war took place, continue to patrol parts of the country, including Tripoli, Sirte and the south. Fighters from the city are holding on to their weapons.

“Misrata has not decided to surrender weapons unto the government,” said Ismail Zoubi, a young man from the Tiger brigade.

“We all agree that we have to take these weapons out of the street,” said Mohammed bin Rasali of the Misrata city council, “but for the revolutionary fighters to hand in their weapons to an unelected government, I think that these weapons should be handed to an elected government.” He points out that Libya’s National Transitional Council is a self-appointed body.

Rasali said he has seen no programs to reintegrate fighters into normal life. “They (revolutionary fighters) right now are in a state of shock, and once they do emerge, they will be very hard to please,” he said.

Throughout the capital, young fighters spoke of their disorientation as they try to adjust to normal life after months at the front line.

Part of the problem is that Libya has never had a truly professional army. Gadhafi, who himself took power in a military coup as a junior officer, mistrusted his officers and would try to balance power among various military outfits.

“Gadhafi didn’t like the army before, he just made brigades for his sons and himself,” explained Fouad ben Shabban, a fighter from the town of Zintan who manned a checkpoint in downtown Tripoli. “The army was very bad, but now we’re trying to make it better.”

Not all fighters are unwilling to turn in their arms.

Abdul Basset Hussein showed a certificate he received for turning in his weapon. He hopes others will do the same.

” I want to deliver a message to the world: Don’t be afraid, we are not fighters,” he said.